Share a memory
Obituary & Services
Tribute Wall
Read more about the life story of Nancy and share your memory.

Nancy Louise Hetrick (Johnson) born October 29, 1944, in Kane, PA went to be with the Lord on December 12, 2022 surrounded by family and friends at Robert Packer ICU unit.

She earned a Bachelor of Science in Education degree from Mansfield State College (now Mansfield University). She taught elementary school and loved teaching children to read. She got very excited when the children would begin reading on their own.

Married to Roger Hetrick on December 21, 1968.  Married for 54 years, she was a wonderful partner and enjoyed traveling with him on short or long trips. She also loved plants and enjoyed picking them and helping direct Roger to the places where they would be acquired and where to be planted.

Her other activities were selling Longaberger Baskets for many years. She enjoyed spending time with taller humans. She assisted and eventually managed American Cancer Society Daffodil Days for several years. She has been active with Pennsylvania Association of School Retirees as local president, and membership chair for local and district. She is on the associate board for Pennsylvania Lumber Museum as well as being secretary for the board. She participated on many events at the Pennsylvania Lumber Museum grounds over many years.

Her primary hobby was counted cross-stich of which she has done many. Her cloth of choice was 28 count cloth.

She was predeceased by mother Christine A. Johnson (Thomas) and father Evan R. Johnson, and special cousin Jerry Morgan.

There will be a “Celebration of Life” for Nancy In May 2023. The Gerald W. Vickery, Jr. Funeral & Cremation Services, Inc. 1093 W Main St. Troy, PA has been entrusted with the arrangements.

To send flowers to the family or plant a tree in memory of Nancy L. (Johnson) Hetrick, please visit our floral store. 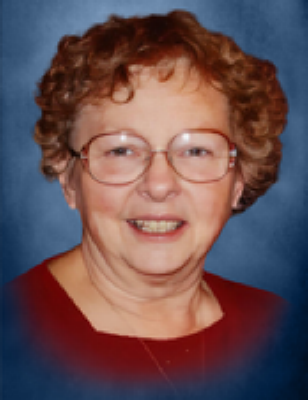 Family and friends are coming together online to create a special keepsake. Every memory left on the online obituary will be automatically included in the book.

You can still show your support by sending flowers directly to the family, or by planting a memorial tree in the memory of Nancy L. (Johnson) Hetrick
SHARE OBITUARY
© 2023 Gerald W. Vickery Jr. Funeral Home. All Rights Reserved. Funeral Home website by CFS & TA | Terms of Use | Privacy Policy | Accessibility